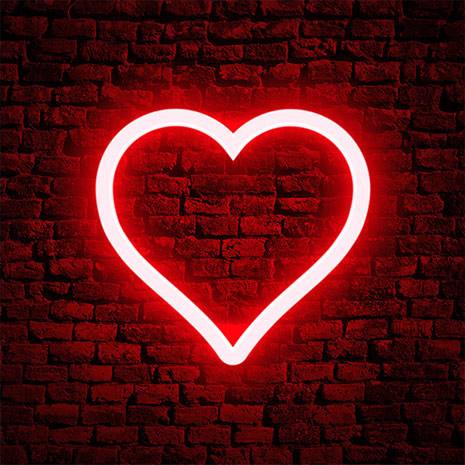 With Valentine’s Day coming up in a couple of weeks, here at OK Vape we are going to be feeling the love for the whole of February. As a starter for 10, here are 10 reasons to love vaping during February;

1. Vaping is Cheaper Than Smoking

With a packet of cigarettes now exceeding £12, a pack a day could cost you over £4,000 a year. Vaping is a far less expensive option and won’t continue to increase in price like tobacco will in the future.

2. E-Cigarettes are 95% Safer Than Cigarettes

3. Vaping Helps You Cut Down on Cigarettes

The feel of vaping is very close to the smoking experience, giving a burning “throat hit” much the same as cigarettes, but without burning tobacco. Many people who are new to vaping appreciate the similarity and can find that they don’t really miss cigarettes as much as they might have done using other smoking cessation methods.

4 . Vaping Could Help You to Stop Smoking

An estimated 3.2 million adults in Great Britain currently use e-cigarettes and of these, 1.5 million people have completely stopped smoking cigarettes. They can be particularly effective when combined with extra quitting support. Find out more about how e-Cigarettes can help you stop smoking at the NHS Smokefree website.

5. You Are in Good Company

With 3.2 million vapers in the UK, according to ASH, you are never going to be short of people to share and compare the vaping experience with. We’d love to hear your vaping story, so please do leave us a review!

You can find out what our customers think about OK Vape below.

As anyone who has ever smoked in their car knows all too well, ash seems to get everywhere and it can take ages to clean it out of all those nooks and crannies. By switching to vaping in the car, if nothing else you will save time!

From Cherry Crush, to Bubblegum, Pink Lemonade or Rhubarb & Custard, Vape juice and e-liquids come in many appealing flavours. The smell is far nicer than acrid cigarette smoke and leaves no lingering odour on clothing or in your hair.

8. You Don’t Need to Have Nicotine in Your Vape Juice or E-Liquid!

No problem. There are so many e-Liquids that are nicotine-free that your biggest problem might be which one to choose.

The toxins in second-hand cigarette smoke can affect the people around you, but vaping won’t negatively impact your personal relationships with co-workers or people out in public with their children.

The UK’s model is already relatively positive in its embrace of harm reduction from vaping. After Brexit there may well be new opportunities that could allow the U.K. to further reform its approach to e-Cigarettes as we will no longer be bound by the European Tobacco Products Directive.

This legislation places strict limits that inhibit what vaping suppliers can say about the benefits, even if the benefits are positive. There are still between 7 and 9m smokers in the UK, many of whom wrongly believe vaping is at least, if not more harmful than smoking. So, post-Brexit, there could be a great opportunity to serve the facts, change perceptions and help millions to stop smoking.