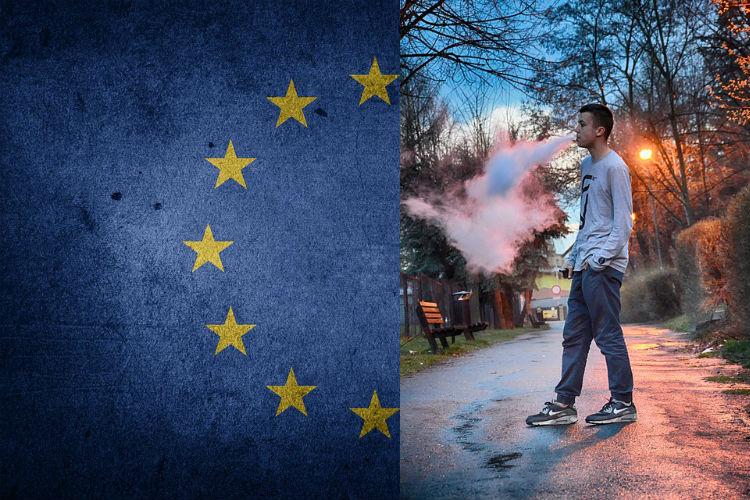 Will the E-Cig Ad Ban Sway Your EU vote? We discussed in a recent blog the growing number of organisations, including the Royal College of Physicians, supporting the widespread use of E-cigs as an alternative to smoking. Public Health England also stated that ‘E-cigs were 95% less harmful than tobacco smoking’ (Campaign 2016).

With all the new research supporting the use of E-cigs, new legislation should be there to protect the industry and maintain its legitimate role as a serious alternative to smoking.The Economist puts it best, with a solid proposal for what EU regulation should have brought to the vaping industry:

“To be effective, the rules should serve three goals: promote a basic standard of quality, nudge tobacco-smokers to try the electronic kind and discourage non-smokers, particularly children, from taking up e-cigarettes. ”

Despite all the support backing E-cigs as a healthier alternative to smoking though, the big wigs at the EU still went ahead with their decision to ban TV, radio and print advertising of E-Cigs, which came into force in May.

For some, this decision was just another typical example of the EU bureaucracy harming a growing industry. The logic, or fear more like, is that E-cigs may become a gateway for youngsters to get hooked on cigarettes – so says The Guardian. But is this really the case?

The result of this decision, which has been appealed by a large U.S E-cig manufacturer, along with thousands of independents, means that:

This decision prompted thousands of people to back a bid to reverse the EU ruling, headed by Lord Callanan (The Mirror). There’s a concern that the ban will lead to a black market of dodgy vapes that cause severe health problems. There is a sense that politicians want to find any reason to regulate the industry and try to fix something that’s not broken.

Unsurprisingly there has been a fair amount of speculation that decision may could play a pivotal role in swaying votes amongst E-cig campaigners to vote to leave Europe in the referendum in June. According to Action on Smoking Health there are now 2.8 million vapers in the UK. That’s an incredible number of primarily converted smokers. It’s also a considerable force when it comes to the vote in June.

So we wanted to get your thoughts on the issue. Has the EU ruling swayed your vote? Let us know by voting below or by leaving a message in the comments section.

What Does this Mean for Smokers?